Skip to content
Free US Shipping on Orders Over $49. Most Orders ship next business day.

Some women prefer men with long hair like Leonardo Dicaprio; meanwhile, baldness is a sign of attractiveness and masculinity for others. How does it actually feel dating a bald guy, and are shaved heads attractive for women? We will find out the answers to these questions in our investigation.

Let’s start with some statistics on the causes of baldness. In fact, about 40% of men have noticeable hair loss by the age of 35. Most of them notice they start losing hair in their early 20s. “Why am I going bald?” - if this is the type of question you ask yourself, the first thing you need to know is that baldness is heavily linked to genetics. Research has shown that 1 in 7 men are more likely to lose their hair due to a specific gene in their DNA. In fact, baldness is hereditary, moreover it is usually inherited from the mother’s side. Another genetic reason is the ethnicity: Baldness statistics by country show that only 20.91% of Chinese people go bald, while the average baldness percentage in the UK is twice as high (about 41.23%).
Even your skull shape matters: male pattern baldness statistics by race shows that bone growth in adulthood is what initiates hair loss. By comparing skull shapes among various races, we have noticed a strong correlation between ethnicity and hair loss.

If you are lucky enough not to have the “bald gene” in your DNA, either lose your hair because of hormonal changes, then follow your nutrition and keep calm because poor nutrition and stress are among other reasons that cause baldness.

Is bald attractive? Bald vs. Balding!

It’s always subjective but let’s now find out if being bald is attractive and what are the common traits that bald men share.

It would be fair to say that high testosterone levels in men’s organisms are highly correlated with the risks of going bald. Dihydrotestosterone or DHT is found in skin, hair follicles, and the prostate. It is the derivative of testosterone, and it can lead to hair loss depending on the hair sensitivity to it. That’s why when women are asked “is bald attractive” they tend to answer that bald men are much stronger, more brutal, more masculine, and powerful.

Fun fact: If you’re a sapiosexual, you are most likely to like bald men, too!

A study at the University of Saarland found that bald men tend to be seen as more intelligent and wiser by women. But what’s the reason to think so? Is that because bald men might have lost their hair due to their extraordinary intellectual abilities? Or is that because bald men accept the philosophy of “Less is More” instead of pretending to be someone else? Anyways, being bald is often perceived as being more mature, and that’s another reason why being bald is a sign of intelligence for women.

There's one catch, though. You have to be completely bald for the sexy perception to apply because men with bald spots or patterned baldness tend to be seen as weak and less attractive. To make our point, we found an interesting experiment for you.

A guy named Richard, who was going bald in his early thirties, opened two different accounts on Tinder: He posted pictures of himself where he has bald spots in the first account and the ones with hair transplants in the second one. Results: He got twice more likes in the account where he’s wearing hair transplants. The experiment showed that women are more likely to like a guy with a full head of hair rather than a balding guy.

But how about totally bald men?

Another research was conducted by a scientist named Albert E. Mannes (by the way, he was bald) at the University of Pennsylvania. The study compiled information from 59 subjects and showed the participants multiple photos of men. For example, a man with a full head of hair was shown in one photo vs. the same man with no hair on the second photo. Surprisingly, most participants reported the bald man to be more attractive compared with non-bald man.

Dating a bald guy, bald men in relationships!
“Would you date a bald guy?”

We have dived deeper and found thoughts and opinions of women on several forums such as Reddit and Quora to understand if bald is attractive for women, whether women like dating a bald guy and to get an answer to the question “Would you date a bald guy?”.

“I fell in love with a guy going bald 17 yrs ago and we’ve been married now 16 years. He’s still bald (of course) and I still love him. It’s so much more about who he is as an amazing guy than it would ever be about whether he had hair or not. And I think that’s true for anyone. It’s the self confidence, sense of humor, personality and wit that will always be it for me. Oh wait—- was I not supposed to answer this because I’m a woman?? 😂❤️✌️sorry!!”
Source

“It's only a turn off when guys try stupid methods to cover up the fact they're balding...like comb overs and wigs.”
Source

“My husband is 26 and almost completely bald. He started going bald around 22 and lost it rapidly.
I started dating him when he was mostly bald. I didn't care. In fact, I have a major Patrick Stewart fetish, so in a way it was a plus.
I won't lie, I look at pictures of him before he lost his hair and I sometimes wish he hadn't lost it, but that's very rare. I'm sure he looks at pictures of me when I was trying to become a model and wishes I still looked like that. It's him I love, not his hair.”
Source

“I think it depends.
If someone is going bald but doesn't obsess/get self conscious about it/doesn't let if affect their confidence/the way they interact with people, I'm probably not going to see it as a major turn off.
I have a male friend who started to go bald very early, (he's in his mid 20s) and he constantly wears a baseball hat to make it less noticeable. I think this kind of attitude probably makes him less attractive to a lot of women - and thats why he's got trouble getting dates.”
Source

“Whatever you do, DO NOT do the comb-over (which I'm sure you already know). If you're worried because of dating, any woman who would hold that against you is not the right one. If you're more concerned for your confidence, I've seen many men who made the choice to tattoo their entire scalp. That is an option I guess.”
Source

“I can't speak for other women, but I personally find baldness (shaved, don't leave the few stragglers there) attractive on many men. However shallow it may be, though, when I think about the bald men I've found attractive over the years, they're all rather well-muscled - so being fit certainly helps you out.
What would make me less attracted to you is if you're obviously insecure about your baldness. Personality is a deal-breaker while baldness is not.”
Source

“31F, my boyfriend is 35M and has thinning hair. I think he is wicked sexy, and I never look at his head and think, "Man I wish you had more hair." I don't see it as a negative at all. My boyfriend is intelligent, funny and super confident, and I think that's what I find sexy about him. Also I like how his fuzzy shaved head feels.”
Source

“A few years ago my husband asked me to list all the actors I found attractive. I'm not once to crush on actors very much, so it was kind of hard but I was able to find about five.Turned out, they were all bald.
I think most women won't care, some will and some will like it. Overall, not a big deal.”
Source

“My boyfriend is balding and, while I wouldn't say I am attracted to a receding hairline, I find him handsome because of other attractive physical features (nice smile, rather fit, etc) and I have gotten to know him as a smart, kind, funny person. Nobody is perfect, so if the worst thing about you is your hair is thinning, you are probably doing pretty well and will find a woman who can see that.”
Source

“Yes, I have dated both bald men and men with hair, and I have no preference at all. This question is very subjective and it will vary from woman to woman.
But my most recent date was with a guy w/out hair and the only drawback is that they're always ready to go- it takes them no time to get ready so they will likely be waiting for you more often. But that's the only drawback in my opinion. :)”
Source

So many men, so many minds, they say. Apparently, same rule applies to women, too! Are bald men sexy? It fully depends on personal preferences. As we can see, many women don't mind dating bald men.

Benefits of dating a bald guy

Tips for Bald Men in relationship

If you’ve got a shiny skull without hair, here are some tips for dating as a bald man

They are bald, and they are everywhere. Some of the most handsome bald man in history include: 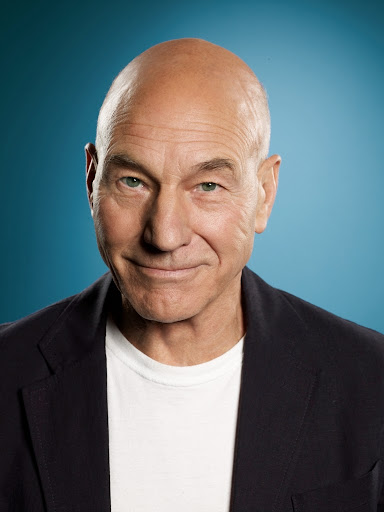 Patrick Stewart
Balding at the age of 19, it took Patrick Stewart just one year to become completely bald; as he said, “it was not only inhibiting as a person, but it was hopeless if you were an actor, of course.” Self-acceptance was a key moment for him and his career. 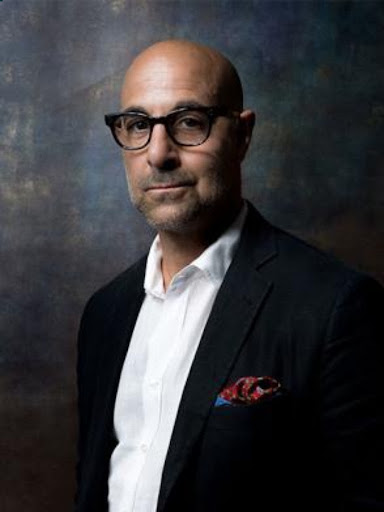 Stanley Tucci
Being described as "sexy" 15.6 million times in blogs, reports, and pages, Stanley Tucci is definitely considered one of the sexiest bald men on the Internet. 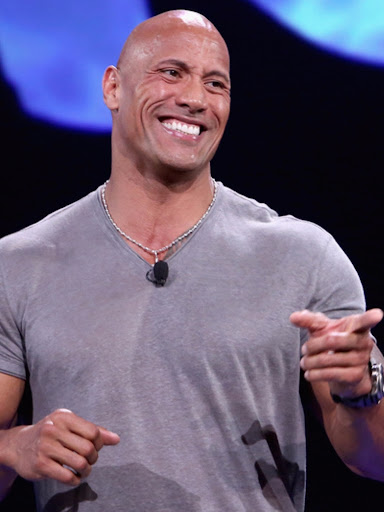 The Rock
“I'm not bald because I went bald. I'm bald because my hair is a cross between an afro and hair from a Lama's ball sac”,jokes Dwayne Johnson. 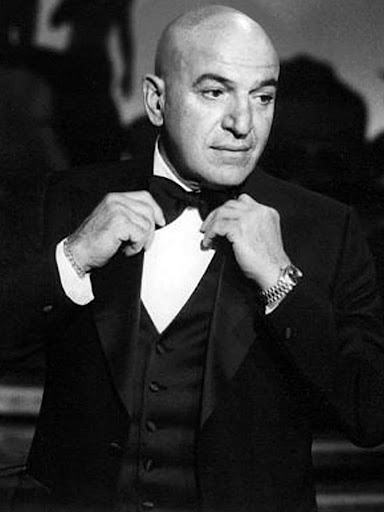 Telly Savalas
First, he went bald for the role of Pontius Pilatethe, he liked the shaved head look so much that he never grew his hair back again and remained bald for almost 30 years. 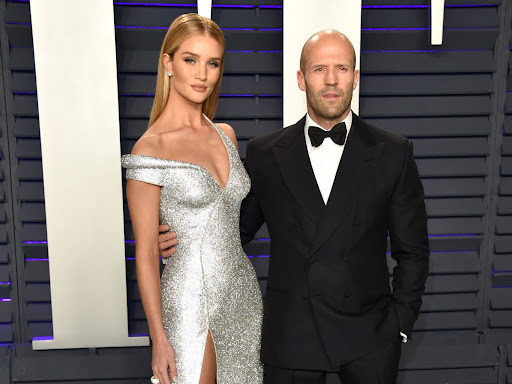 Jason Statham
It doesn’t look like he has ever had issues with attracting women, huh?

Hair loss is unavoidable mostly because of genetics for a large number of people. Some of them prefer to hide it, whereas others decide to be bald and charismatic. Anyways, girls like masculinity that is maybe even easier to find in a guy who has a head deprived of hair.

Why and How to Wear a Beard With a Bald Head? [2022 Definitive Guide]

How do I get the best shave?